The History of European Integration: A new perspective 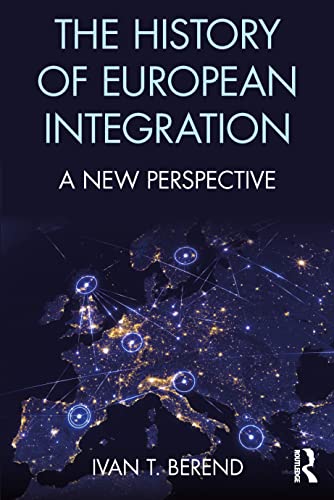 ‘Berend’s work makes a large and much-needed contribution to our understanding of the history of modern European integration with a focus on actors external to European countries themselves. This book will be helpful to anyone interested in post-war reconstruction, dynamics of the EU Single Market, and the modern day emphasis on market integration.’ ― Valerie D’Erman, Post-Doctoral Research Fellow at the Department of Political Science University of Victoria, Canada

The foundation of the European Union was one of the most important historical events in the second half of the 20th century. In order to fully appreciate the modern state of the EU, it is crucial to understand the history of European integration. This accessible overview differs from other studies in its focus on the major roles played by both the United States and European multinational corporations in the development of the European Union. Chronologically written and drawing on new findings from two major archives (the archives of the US State Department and Archive of European Integration), this book sheds crucial new light on the integration process.

The History of European Integration offers a major contribution to our understanding of Europe’s postwar history, and will be essential reading for any student of postwar European History, Contemporary History, European Politics and European Studies.