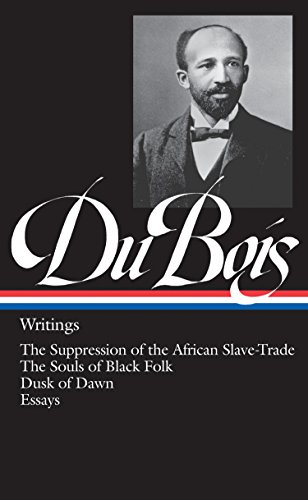 Gathers an account of the African slave trade, reminiscences of the author's life, and essays about racism, Black music and culture, and American politics.

William Edward Burghardt Du Bois was born in 1868 in Great Barrington, Massachusetts. A brilliant student and natural leader, he experienced little prejudice during his early years; it was while attending Fisk, a Southern university for Negroes, that the young Du Bois first fully awoke to the realities of race in America. His response was to make the cause of the black people his own. After graduation from Fisk, he earned his Ph.D. from Harvard, studied in Berlin, and become one of the great pioneer sociologists. In 1903, The Souls of Black Folk appeared. This prophetic masterpiece was but the beginning of a long, often lonely crusade that saw Du Bois forced into an increasingly radical position in his search for a solution to the American racial dilemma. His final years were marked by disillusionment with his native land, renunciation of his citizenship, and final self-exile in Ghana, where he died in 1963 at the age of ninety-five.