The Confession of Jack Straw 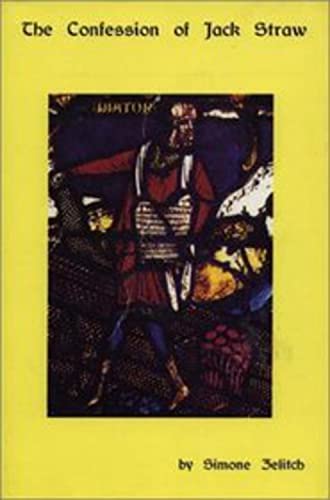 Ursula LeGuin said about this book: "In most novels about the Middle Ages, the deck is all face cards. Jack Straw is rare and admirable in its uncompromising, unpatronizing identification with a peasant—an intelligent, vulnerable man caught up in the dream of equality that flared into the Peasant Revolt. The novel lets the reader stand at that crossroads of politics and mysticism and see 1776, 1848, 1917, Tiananment Square—the same dream, the same betrayal. A very moving, honest book."

Kirkus Reviews: "A fast-paced, intriguing account of the failed Peasant Revolt in 14th Century England: First-novelist Zelitch provides a rendering that is evocative and plausible as well as convincing in its historical sweep...Zelitch offers a satisfying variety of incident, with enough texture and historical detail—costume, festivity, songs—to evoke the medieval milieu. The Middle Ages are rendered not on silver plattersor thrones but on the dusty roads and straw beds of peasants, who are given center stage here, not limited to comic relief."

The Confession of Jack Straw won the Hopwood Award for Major Fiction.

Simone Zelitch was born and raised in Philadelphia. She received her MFA from the University of Michigan. In the early 1990's she was on the first Peace Corps contingent to Hungary. She has traveled extensively in England, Central Europe, and Israel to research her novels. She teaches creative writing at college level in Philadelphia.