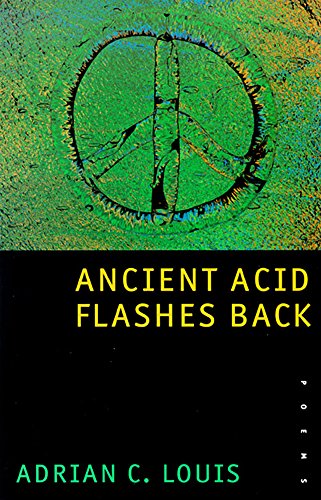 Louis may be the best vernacular poet in America. He uses harsh, slangy, obscene language with unself-conscious mastery and the authenticity of coming from harsh and obscene circumstances."" -Booklist ""There is no border in these poems between the politics of the heart and the politics of the land. The music that fills this body of stories is direct and ancient. Still, it sounds like no one else's."" -Andrei Codrescu, author of Bibliodeath ""I've admired the poems of Adrian C. Louis for many years. No other American poet sings better than he does. No American poet knows how to grieve or rage better than he does. Ancient Acid Flashes Back is a beautiful and terrifyingly true book."" -Thomas Lux, author of Child Made of Sand

Ancient Acid Flashes Back is the true story of one who was there---and remembers---through the cloying marijuana haze, around the jagged edges of L.A. cross tops and crystal cranks, on wild windowpane trips, in the sweetness and sweat of tangled young bodies, in the stench of stale vomit and fresh garbage, in the raucous laughter of desperation and fear. In this remarkable collection of poems, Adrian Louis, a member of the Paiute tribe, beams us back to the Haight during the Summer of Love and beyond on an inimitable tour of the wild side of youth, freedom, and possibility.