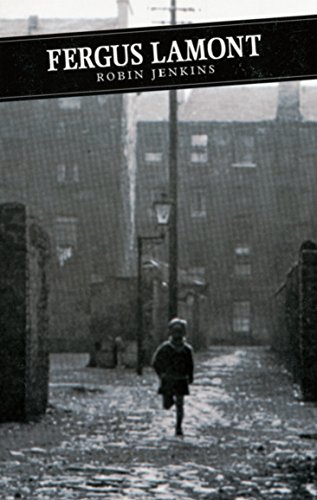 'Half Scotland sniggered and the other half scowled, when in letters to the Scotsman and the Glasgow Herald, I put forward my suggestion that prisoners in Scottish jails be allowed to wear their kilts as their national birthright if such be their wish.' From his origins as an illegitimate child in the slums of Glasgow, Fergus Lamont sets out to reclaim his inheritance and to remake his identity as soldier, poet and would-be aristocrat. Covering the years from the turn of the century to the Second World War, Fergus's unforgettable voice recounts a tale of vanity, success and betrayal which shines its own sardonic light on Scotland and the cultural and political issues of the day. At odds with his origins and unsettled in his aristocratic pretensions, Fergus Lamont reaches middle age before he is offered at least the hope of redemption in a love affair with an island woman. How it turns out and what he learns too late, adds a tragic dimension to the scathing humour of this, Robin Jenkins's most searching exploration of the modern Scottish psyche.

Robin Jenkins was born in Cambuslang in 1912 and spent his childhood in Lanarkshire. He was educated at Hamilton Academy and Glasgow University, graduating in 1935 with an Honours degree in English. He married in 1937 and worked as a school teacher in Glasgow and Dunoon for a number of years. He had three children. His first novel, So Gaily Sang the Lark, was published in 1950 and 23 other books of fiction have followed, including a collection of short stories, A Far Cry from Bowmore (1973). The Cone-Gatherers (1955) received the Frederick Niven Award in 1956, and Gusts of War (1956) and The Changeling (1958), were highly praise by many critics. Robin Jenkins left Scotland for Afghanistan in 1957, teaching for three years in Kabul. From then until his retirement in 1968 he lived abroad, working for the British Institute in Barcelona and teaching in Sabah (North Borneo) in what was once part of colonial Malaysia. Afghanistan and Malaysia became the settings for six further novels, most notably Dust on the Paw (1961), and The Holly Tree (1969). He returned to Scotland and so did the settings of his later novels, such as the Arts Council Award-winning Fergus Lamont (1979) and the much praised Willie Hogg (1979). By the time of his death in 2005, over thirty of his novels were in print.