Verwandte Artikel zu The People In The Trees

The People In The Trees

The People In The Trees 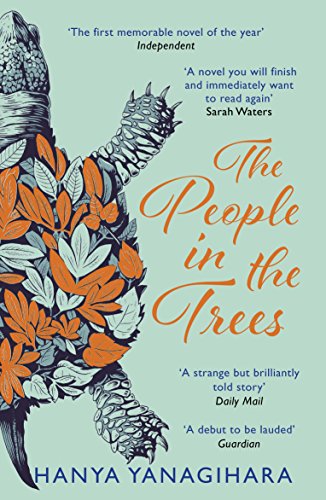 Yanagihara's enthralling debut... is at once learned, morally serious and deeply entertaining... In Perina, Yanagihara has created a perverse and spellbinding narrator * San Francisco Chronicle * A standout novel, a debut as thrilling as it is disturbing... So exciting... Haunting * Wall Street Journal * Suspenseful... Thanks to Yanagihara's rich, masterly prose, it's hard to turn away... Yanagihara is a writer to marvel at * New York Times * Feels like a National Geographic story by way of Conrad's Heart of Darkness... the world Yanagihara conjures up, full of dark pockets of mystery, is magical. * The Times * Power and its abuses are at the heart of this beautifully written debut... Striking and highly satisfying. Yanagihara's ambitious debut is one to be lauded. * Guardian * Told in the form of a memoir in the voice of the extremely unlikeable Perina, it is impossible to resist being drawn into the mind of this brilliant but depraved man. And to feel a little disturbed at having enjoyed such a strange but brilliantly told story. The book is packed with a symphony of complex themes made accessible by the sheer poetry of the author's prose * Daily Mail * An absorbing, intelligent and uncompromising novel which beguiles and unnerves. The first memorable novel of 2014 is already here * Independent *

LONGLISTED FOR THE DYLAN THOMAS PRIZE LONGLISTED FOR THE IMPAC DUBLIN LITERARY AWARD, 2014 SHORTLISTED FOR THE KITSCHIES PRIZE, 2014 (GOLD TENTACLE) The brooding, bold and brilliant first novel from the Man Booker and Bailey's Prize-shortlisted author of A Little Life. In 1950, a young doctor called Norton Perina signs on with the anthropologist Paul Tallent for an expedition to the remote Micronesian island of Ivu'ivu in search of a rumoured lost tribe. They succeed, finding not only that tribe but also a group of forest dwellers they dub 'The Dreamers', who turn out to be fantastically long-lived but progressively more senile. Perina suspects the source of their longevity is a hard-to-find turtle; unable to resist the possibility of eternal life, he kills one and smuggles some meat back to the States. He scientifically proves his thesis, earning worldwide fame and the Nobel Prize, but he soon discovers that its miraculous property comes at a terrible price...