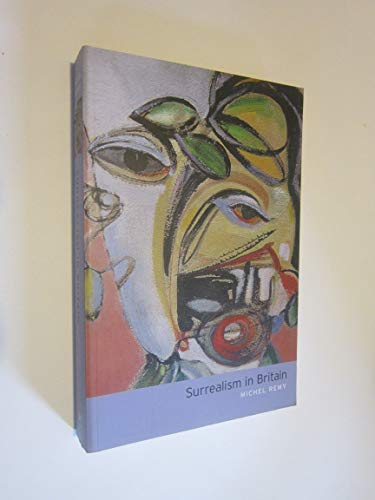 'the first dedicated history of the movement,' The Independent 'a sure-footed guide for the beginner and a treat for the connoisseur,' Times Metro 'Remy probably knows more about the subject than anyone now breathing...Surrealism in Britain is a book without obvious peer...an unusually handsome piece of bookmaking,' Financial Times 'an excellent guide to a previously underrated, but now recognised as revolutionary, period in British art history,' ARLIS News-sheet, No. 139 'Michel Remy is the leading authority on British Surrealism...Surrealism in Britain...is a substantial, well-researched history,' George Melly, Daily Telegraph 'Students of the Surreal will be delighted by Remy's book and due to the immensely fluid nature of British Surrealism (apparently encompassing Henry Moore and the Goons), connoisseurs of other British art movements will find much to illuminate and cross-fertilise their respective fields,' The Art Newspaper, No. 98

Since the rediscovery of British Surrealism at the Children of Alice exhibition at Marcel Fleiss's Galerie 1900-2000 in Paris in 1982, there has been a major revival of interest in Surrealism outside France. Surrealism in Britain is the first comprehensive study of the British Surrealist movement and its achievements. Lavishly illustrated, the book provides a year-by-year narrative of the development of Surrealism among artists, writers, critics and theorists in Britain, from the 1936 International Surrealist Exhibition in London right through to the present day. Michel Remy has conducted personal interviews with many of the artists involved and the book includes an examination of the work of, among others, Paul Nash, Henry Moore, Eileen Agar, Len Lye, Humphrey Jennings, David Gascoyne, Grace Pailthorpe and Reuben Mednikoff, Roland Penrose, F. E. McWilliam, Conroy Maddox, Emmy Bridgwater, Edith Rimmington, Desmond Morris, Lee Miller, Julian Trevelyan and John Tunnard. Poetry, prose, painting, sculpture, photography and artists' texts all have their place in this fascinating and attractive book.