Verwandte Artikel zu The Art of Warfare in Western Europe during the Middle... 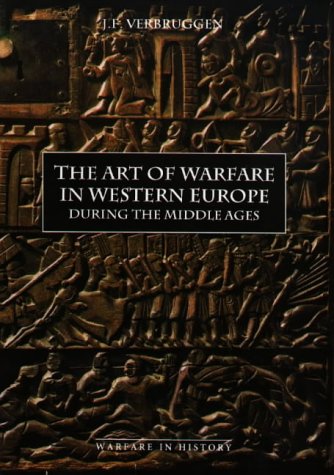 Warfare is one of the central themes of medieval history, but until recently its technical details and organisation have not been properly investigated. Professor Verbruggen's masterly work applies rigorous standards to the analyses of the often very obscure surviving evidence, and comes up with conclusions which are very different from those of earlier generations of military historians. He begins by analysing the sources for our knowledge of the military history of the period, and assessing their reliability, going on to look at the constituent parts of the medieval army. He then turns to the way in which it was used, the vexed question of medieval tactics, which is explored by analysing accounts of a series of major battles. This leads on to the problems of strategy: whether to seek battle, fight a defensive war, or attempt a war of conquest. Throughout, there is rich detail in support of the argument, drawn from primary sources. Professor Verbruggen's study has been acknowledged as the classic text on the subject since it first appeared in Dutch in 1954. This is the first appearance of the full text in English; it has been revised in detail by the author in the light of recent scholarship. It remains an indispensable text for anyone interested in medieval warfare. J.F. VERBRUGGEN is former Professor of History, University of Congo, and University of Bujumbura (Burundi)