Worshipping Siva and Buddha: The Temple Art of East Java 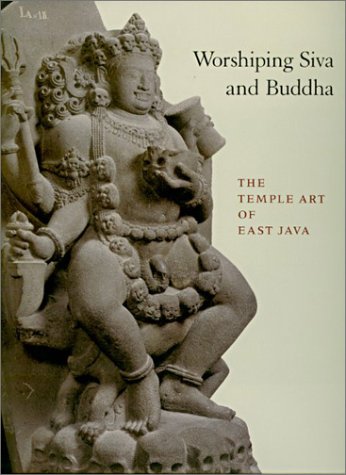 This illustrated volume is a study of the temples created in East Java between the 10th and 16th centuries. The arts of Central Java, home of the great Buddhist moment, Borobudur, and Hindu Prambaran, have been given thorough scholarly attention. The architectural and sculptural treasures of the East Javanese kingdoms of Kadiri, Singasari and Majapahit are little known in comparison, yet beautiful and significant in Indonesian history. The author presents the major sites of these three historical periods and discusses their architecture and sculpture. The many narrative reliefs illustrating sacred and secular literature have been painstakingly identified. The reader is thus able to follow their stories and understand where, why and how they fit into the visual programme planned for each temple and their relation to historical events and the wayang theatre.

Ann R. Kinney has a lifelong interest in Asia, growing up in Japan and living in Vietnam and Indonesia, where her husband served as the American Consul in Surabaya, East Java. She received her Ph.D. in economics from Columbia University. She lives in New York City.