Verwandte Artikel zu The Onion Picker: Carmen Basilio and Boxing in the...

Youmans, Gary The Onion Picker: Carmen Basilio and Boxing in the 1950s

The Onion Picker: Carmen Basilio and Boxing in the 1950s 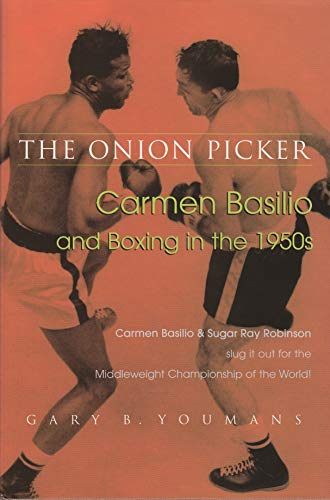 Boxing grew to be one of the most popular sports in America in the early 1950s. Thanks to television, fans tuned in each week, rooting for their favorites, watching the best fighters in the world battle on Gillette's Friday Night Fights. These were the ""Golden Years"" of boxing - the ring echoed with the names of all-time legendary champions: Rocky Marciano, Sugar Ray Robinson, Kid Galivan, Jake LaMotta, Gene Fullmer, and a tough guy from Canastota, New York, Carmen Basilio. On September 23, 1957, Carmen Basilio defeated Sugar Ray Robinson to win the middleweight championship of the world. His remarkable career is a story of survival and perseverance during a fascinating time in boxing history. Basilio's story celebrates the power of the human spirit to triumph over pain and self-doubt. A man of great integrity and drive, Carmen Basilio deliberately moved up in weight class for the opportunity to challenge the great Ray Robinson for his title. His belief in himself and his insistence on being treated fairly is a testament to his core value of living an honorable life, one in which he refused to compromise his principles. His story is a compelling look back at one of the most magical periods in sports history.

Gary Youmans is a sports marketing consultant and has owned a minor league basketball team. He is coauthor of '59: The Story of the 1959 Syracuse National Championship Football Team, published by Syracuse University Press.