Verwandte Artikel zu The Folk of the Fringe

Card, Orson Scott The Folk of the Fringe

The Folk of the Fringe 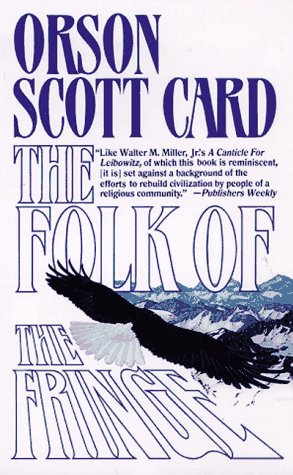 Following the world war that crippled the United States, inhabitants of the state of Deseret, formed from Utah, Colorado, and Idaho and dominated by the Mormon Church, struggle to rebuild civilization.

Only a few nuclear weapons fell in America-the weapons that destroyed our nation were biological and, ultimately, cultural. But in the chaos, the famine, the plague, there exited a few pockets of order. The strongest of them was the state of Deseret, formed from the vestiges of Utah, Colorado, and Idaho. The climate has changed. The Great Salt Lake has filled up to prehistoric levels. But there, on the fringes, brave, hardworking pioneers are making the desert bloom again.
A civilization cannot be reclaimed by powerful organizations, or even by great men alone. It must be renewed by individual men and women, one by one, working together to make a community, a nation, a new America.