Verwandte Artikel zu Behind the Bench

Irvin, Dick Behind the Bench 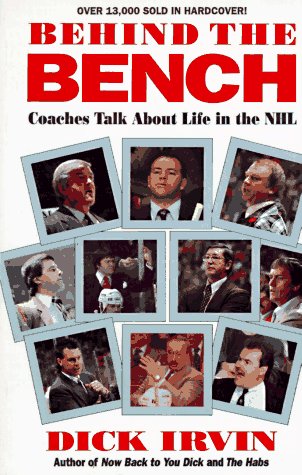 To make Behind the Bench Dick Irvin interviewed over forty former and current coaches in the NHL and selected the best of their stories. Fascinating, entertaining, and personal, they reveal a side of hockey unknown to most fans. From their roots and early days, the championships and crushing losses, the hirings and firings, to life on the road and dealing with fan and media pressure, the coaches are candid about their own lives, as well as about the great players, the great teams, and the owners.

Dick Irvin, long the radio voice of the Montreal Canadiens, was a member of CBC’s Hockey Night in Canada broadcast team for more than 30 years. He covered more than 2,500 NHL games on television and radio. In 1988 he won the Foster Hewitt Award for excellence in hockey broadcasting and was inducted into the Media Section of the Hockey Hall of Fame.