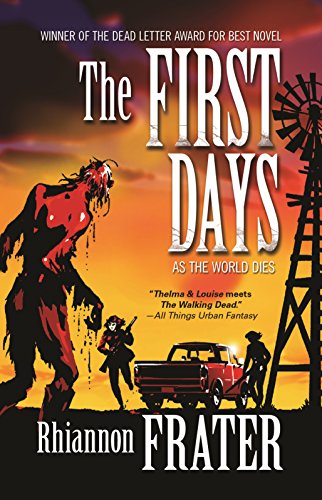 "One of the few zombie novels fueled by the power of feminine protagonists in an apocalyptic world gone wrong." --Harrisburg Book Examiner

"There's a lot of great zombie fiction out there, but Rhiannon Frater sets the gold standard." --Joe McKinney, author of Dead City

"A brilliant example of modern day horror, realistic characters, and biting terror." --Scott A. Johnson, author of City of Demons

"Well-written slices of horror with just the right amount of chaos tossed in and blended to perfection." --Timothy W. Long, author of The Zombie-Wilson Diaries

"Frater is a terrifyingly talented new voice. Her characters spring off the pages and come to life with a depth most authors long to achieve." --Eric S Brown, author of War of the Worlds

On the morning that the world ends, Katie is getting ready for court, and housewife Jenni is taking care of her family. Less than two hours later, thrown together by circumstance, they have become a powerful zombie-killing partnership. Named one of the Best Zombie Books of the Decade by the "Harrisburg Book Examiner."