One Second After: 1 (John Matherson Novel) 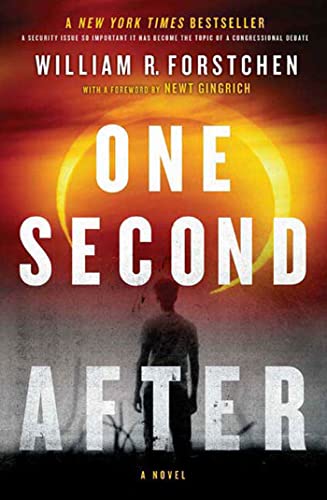 "Civilization slides into the abyss of a new dark age in this horrifying apocalyptic novel. Forstchen has put Bin Laden's wet dream on paper and, in the process, taken civilization straight to the rack." --Stephen Coonts, author of The Assassin

"The only thing more terrifying than this masterfully crafted story is the possibility of it actually happening--and not a damn thing being done to protect us." --W.E.B. Griffin & William E. Butterworth IV

"Forstchen's work has flair and power." --Joel Rosenberg, author of The Sleeping Dragon

"Good storytelling consists very simply of creating characters so believable that the reader forms a deep bond. Forstchen did such a damned fine job with One Second After that shortly after the first page, I had been reeled in hook, line, and sinker." --David Hagberg, New York Times bestselling author of The Expediter

New York Times best selling author William R. Forstchen now brings us a story which can be all too terrifyingly real...a story in which one man struggles to save his family and his small North Carolina town after America loses a war, in one second, a war that will send America back to the Dark Ages...A war based upon a weapon, an Electro Magnetic Pulse (EMP). A weapon that may already be in the hands of our enemies.

Months before publication, One Second After has already been cited on the floor of Congress as a book all Americans should read, a book already being discussed in the corridors of the Pentagon as a truly realistic look at a weapon and its awesome power to destroy the entire United States, literally within one second. It is a weapon that the Wall Street Journal warns could shatter America. In the tradition of On the Beach, Fail Safe and Testament, this book, set in a typical American town, is a dire warning of what might be our future...and our end.

Other Books
Pillar to the Sky