Verwandte Artikel zu Why Would Anyone Believe in God? (Cognitive Science...

Barrett, Justin L. Why Would Anyone Believe in God? (Cognitive Science of Religion Series)

Why Would Anyone Believe in God? (Cognitive Science of Religion Series) 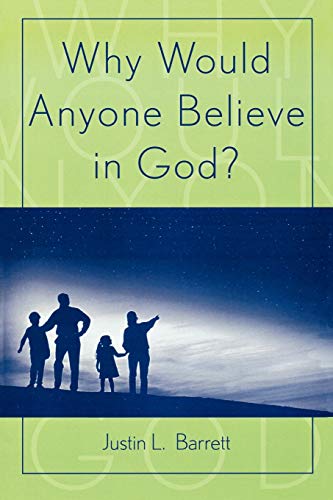 Why would anyone believe in god? editado por Rowman & Littlefield

For millennia, philosophers and others have offered explanations of religious belief. Barrett's discussion challenges every explanation I know of, doing so on the basis of fascinating and innovative empirical studies, and acute philosophical analysis. His theory is innovative, compelling, and provocative at many points, not least in its conclusion that theism, not atheism, is our natural condition. It's the sort of book that shakes up the field; all philosophers and psychologists of religion will have to take account of it. -- Nicholas Wolterstorff, Noah Porter Professor Emeritus of Philosophical Theology, Yale University A brilliant and challenging presentation of the cognitive study of religion, by a psychologist who practically invented the field. Barrett marries exceptional conceptual rigour with an easy, accessible style. This should provide a much-needed guide for students and scholars of religion as well as a roadmap for future developments in the field. -- Pascal Boyer, Washington University in St. Louis, Author of Religion Explained In a beautifully argued presentation, Justin Barrett brings together diverse material from cognitive psychology to show that belief in God is natural. Belief is intuitively satisfying because it depends on mental tools possessed by all human beings. That it is natural does not imply that it is true, for the mental tools were elaborated through natural and cultural selection to help humans survive, not to find truth. This book will become a classic for religious studies, and should be read by anthropologists, theologians, and scientists, as well as all those puzzled by the force of religion. -- Robert Hinde, Cambridge University

Because of the design of our minds. That is Justin Barrett's simple answer to the question of his title. With rich evidence from cognitive science but without technical language, psychologist Barrett shows that belief in God is an almost inevitable consequence of the kind of minds we have. Most of what we believe comes from mental tools working below our conscious awareness. And what we believe consciously is in large part driven by these unconscious beliefs. Barrett demonstrates that beliefs in gods match up well with these automatic assumptions; beliefs in an allknowing, allpowerful God match up even better. Barrett goes on to explain why beliefs like religious beliefs are so widespread and why it is very difficult for our minds to think without them. Anyone who wants a concise, clear, and scientific explanation of why anyone would believe in God should pick up Barrett's book.