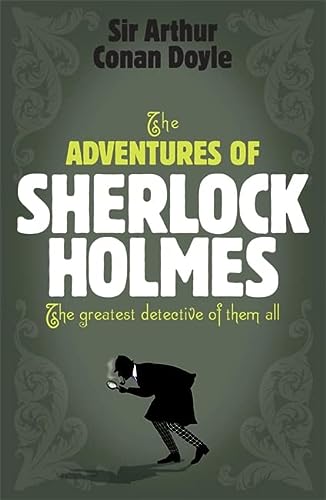 He is unique in simultaneously bringing down the curtain on an era and raising one on another, ushering in a genre of writing that... has never been surpassed. His own life, as footballer... eye surgeon, champion of injustice and investigator into the paranormal, is the stuff of legend. Personally, I would walk a mile in tight boots to read his letters to the milkman (Stephen Fry, The Arthur Conan Doyle Collection)

'I have heard, Mr. Holmes, that you can see deeply into the manifold wickedness of the human heart'.

Scandal, treachery and crime are rife in Old London Town. A king blackmailed by his mistress, dark dealings in Opium dens, stolen jewels, a missing bride - these are cases so fiendishly complex that only the great Sherlock Holmes would dare to investigate. For he, and he alone, has the extraordinary faculty of perception and almost unhuman energy which could solve them ...