Masculinity, Corporality and the English Stage 1580-1635 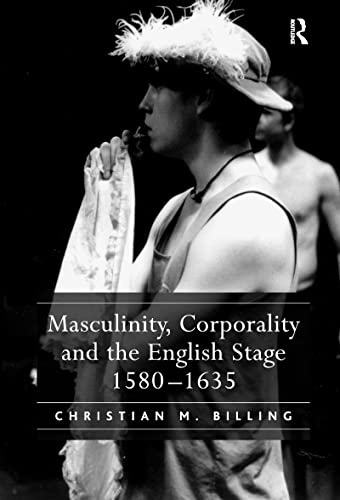 'Masculinity, Corporality and the English Stage is a solidly researched and much-needed re-evaluation of issues of gender and the body in the Early Modern English theatre It should be read by any scholar specialising in this area.' Parergon 'Masculinity, Corporality and the English Stage, 1580-1635, presents a fresh perspective on early modern theatrical gender that makes it a valuable resource for both early modernists and gender historians alike.' Sixteenth Century Journal

The significance of human anatomy to the most physical of art forms, the theatre, has hitherto been an under-explored topic. Filling this gap, Christian Billing questions conventional wisdom regarding the one-sex anatomical model and uses a range of medical treatises to delineate an emergent two-sex paradigm of human biology. The impact such a model had on the staging of the human form in English professional theatre is also explored in appraisals of: (i) the homo-erotic significance of a two-sex paradigm; (ii) social and theatrical cross-dressing; (iii) the uses of theatrical androgyny; (iv) masculine corporality and the representation of assertive women; and (v) the theatrical poetics of human dissection. Billing supports cultural and scientific study with close-readings of Lyly, Shakespeare, Jonson, Middleton, Dekker, Beaumont, Fletcher, and Ford. The book provides a sophisticated and original analysis of the early modern stage body as a discursive site in wider debates concerning sexuality and gender.