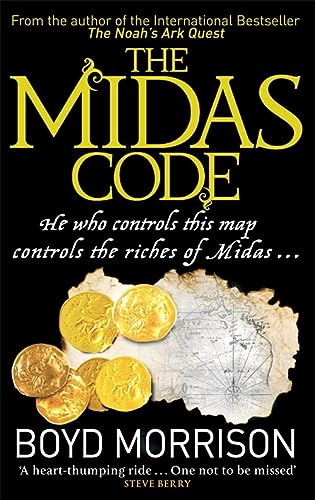 Boyd Morrison hits his stride and delivers another smart, sassy tale fraught with action. The coiling plot crackles with tension and imagination from the first to the last page. It's a heart-thumping ride, firing on all cylinders. One not to be missed (Steve Berry)

But with the help of classics scholar Stacy Benedict, Locke comes to understand that this manuscript could provide the clues to the greatest riches known to mankind - the legendary treasure of King Midas.

However, there are others who are also hot on the trail - and it rapidly becomes a race against time to crack a code that is both fiendishly difficult and potentially deadly....

A sweeping, gripping read, The Midas Code blends fascinating incidents from myth and legend with a modern plot that will have you guessing to the very last page.