Verwandte Artikel zu The Redemption: From the author of THE EXORCIST

Blatty, William Peter The Redemption: From the author of THE EXORCIST

The Redemption: From the author of THE EXORCIST 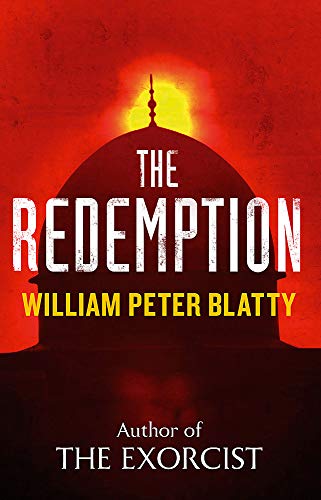 THE REDEMPTION is a cracker (SFX)

Blatty expertly combines the mundane with the mystical, drawing together the diverse plot-lines in a page-turning spy-thriller which . . . keeps the reader cheering for the characters to the last page (Guardian)

The atmosphere is redolent of one of John le Carre's cold-war thrillers. . .Blatty's prose is stark, a minimalist style that adds momentum to the propulsive plot. . .a haunting tale that remains thought-provoking long after the final revelation (IRISH TIMES)

THE REDEMPTION opens in the world's most oppressive and isolated totalitarian state: Albania in the 1970s. A prisoner suspected of being an enemy agent is held by state security. An unsettling presence, he maintains an eerie silence though subjected to unimaginable torture. He escapes - and on the way to freedom, completes a mysterious mission. The prisoner is Dimiter, the American 'agent from hell'. The scene shifts to Jerusalem, focusing on Hadassah Hospital and a cast of unusual characters. All become enmeshed in a series of baffling, inexplicable deaths, until events explode in a surprising climax.

Told with unrelenting pace, THE REDEMPTION's compelling, page-turning narrative is haunted by the search for faith and the truths of the human condition.