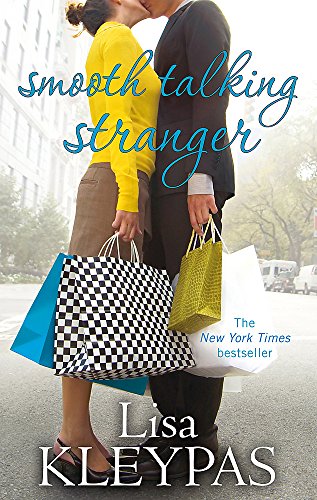 Jack Travis is a macho Houston businessman - rich, tough and always in control. So when a beautiful young woman approaches his office carrying a baby that she claims is his, he's shaken more than he would ever let on.

Stunned, Jack listens to Ella Varner as she explains that her sister recently gave birth and then abandoned her baby boy - and that enquiries have brought Ella to Jack's door. He virtually has a seizure when she asks him to do a paternity test.

But ultimately, will a paternity test set things right? If Jack is the father, will he be the one to care for the baby? Would Ella be prepared to let him go? And if not? Ella can't bear to think of an answer...

Lisa Kleypas is the author of numerous historical romance novels. In 1985, she was named Miss Massachusetts and competed in the Miss America pageant. After graduating from Wellesley College she published her first novel at twenty-one. Lisa is married and has two children.