Wilmut, Ian; Campbell, Keith; Tudge, Colin The Second Creation: The Age of Biological Control by the Scientists Who Cloned Dolly

The Second Creation: The Age of Biological Control by the Scientists Who Cloned Dolly 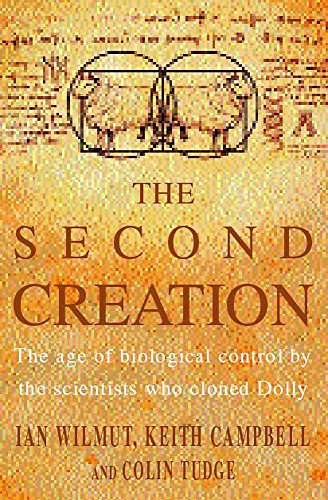 The Second Creation offers a rare insight into the minds of researchers who "just want to do good science" while being sensitive to the dilemmas raised by their discoveries. - Daily Mail

The announcement by the team at the Roslin Institute that they had cloned a sheep - Dolly - from the cell of another adult sheep, sent shockwaves around the world. If this technique could work for one mammal, perhaps it could work for human beings; science fiction had become science fact. This book recounts not just how Dolly was created, but the techniques for her predecessors, Megan and Morag, who were cloned from embryo cells. The authors explain the scientific reasons behind their research; they also discuss where they believe this technology will lead, and the ethical issues that have been raised by Dolly. THE SECOND CREATION will be the last word on the subject of cloning.