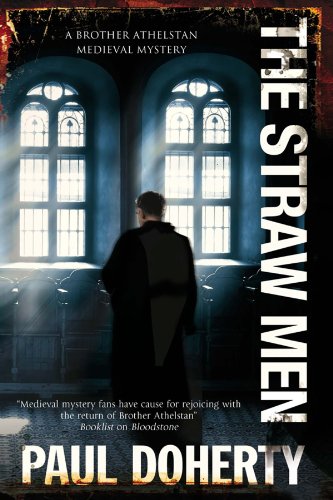 Close attention will reward readers with well-researched historical information, from the minutiae of everyday living to the public events in the lives of the rich and powerful. Mystery buffs, however, are likely to reach the answer before Athelstan--Kirkus Reviews

Doherty mires the grisly action as firmly in mystery as he does the multitiered narrative in the mud, muck, and mayhem of medieval London poised on the brink of the Peasants' Revolt--Booklist

Will appeal to John Dickson Carr fans. With dozens of books to his credit, Doherty continues to impress--Publishers Weekly Starred Review

January, 1381. Guests of the Regent, John of Gaunt, Brother Athelstan and Sir John Cranston have been attending a mystery play performed by the Straw Men, Gaunt's personal acting troupe, when the evening's entertainment is rudely interrupted by the sudden, violent deaths of two of Gaunt's VIP guests, their severed heads left on stage. The Regent orders Athelstan to find out who committed such a heinous act, leading Athelstan to tackle his most baffling case yet. (mystery & detective).