Castaneda, Carlos Magical Passes: The Practical Wisdom of the Shamans of Ancient Mexico

Magical Passes: The Practical Wisdom of the Shamans of Ancient Mexico 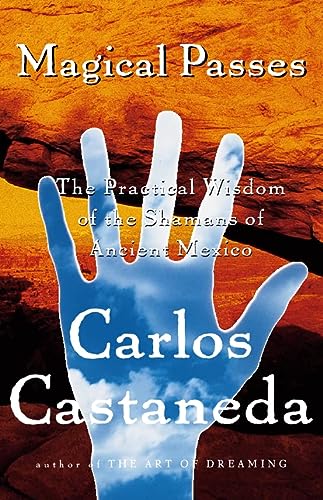 ‘We are incredibly fortunate to have Carlos Castaneda’s books... One can’t exaggerate the significance of what he has done.’
New York Times

When The Teachings of don Juan was ppublished in 1962, Carlos Castaneda established himself as a leading spiritual teacher. In this, his first book, he described his extraordinary experiences with the Yacqui medicine man known as don Juan.

Available for the first time ever, Magical Passes is a practical guide to Castaneda’s techniques as taught to him by don Juan and the shamans of Ancient Mexico. For the first time he brings us the profound and practical applications of the wisdom of don Juan Matus.

Castaneda has called these teachings ‘Tensegrity. They are a modernized version of thousands of movements that were passed down from twenty-seven generations of sorcerers through don Juan. The Shamans of ancient Mexico discovered these movements in dreaming and called them magical passes, because of their positive affect on the psyche and physical body.

This book provides a real foundation for learning and practising these movements. The book goes further than the other books of Castaneda in featuring complete descriptions, photographs, and explanations of each movement, as well as explaining the philosophical framework in which the passes were discovered, taught and practised today.