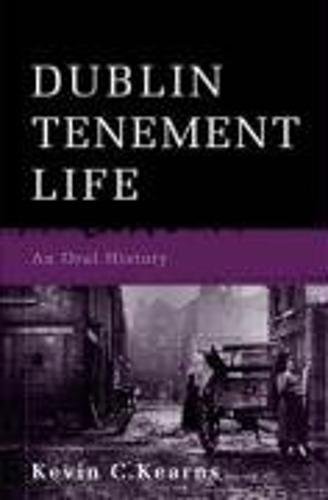 This book is totally unique. It is based on the original and wholly authentic testimonies of survivors of the old Dublin tenements. For nearly 150 years, the wretched, squalid tenements of Dublin were widely judged to be the worst slums in all of Europe. By the 1930's, 6400 tenements were occupied by almost 112,000 tenants. Some districts had up to 800 people to the acre, up to 100 occupants in one building and twenty family members crammed into a single tiny room. It was a hard world of hunger, disease, high mortality, unemployment, heavy drinking, prostitution and gang warfare. But despite their hardship, the tenement poor enjoyed an incredibly close knit community life in which they found great security and indeed, happiness. As one policeman recalls from over half a century ago, they were 'extraordinarily happy for people who were so savagely poor'.

Kevin C. Kearns, Ph.D., is a social historian and Professor Emeritus at the University of Northern Colorado. He has made over 40 research trips to Ireland, a number of which were funded by the National Geographic Society. Of his ten books on Dublin, five have been bestsellers, most notably Dublin Tenement Life: An Oral History which was number one on The Irish Times bestseller list for many weeks. He is the author of Dublin Voices: An Oral Folk History, Stoneybatter: Dublin's Inner Urban Village, Ireland's Arctic Siege: The Big Freeze of 1947 and The Bombing of Dublin's North Strand: The Untold Story. His latest book, Lugs Branigan: Ireland's Most Famed Garda, was published in September 2014.