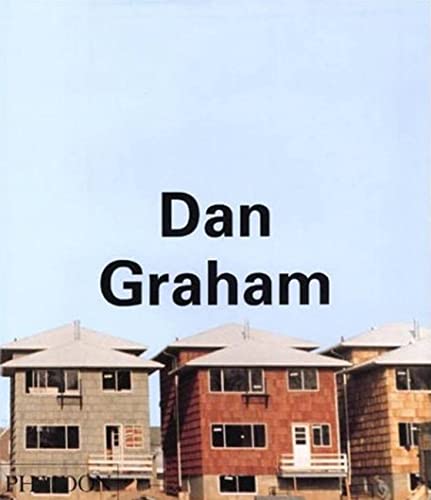 'The boldest, best-executed and most far-reaching publishing project devoted to contemporary art. These books will revolutionize the way contemporary art is presented and written about.' (Artforum) 'A unique series of informative monographs on individual artists.' (The Sunday Times) 'Gives the reader the impression of a personal encounter with the artists. Apart from the writing which is lucid and illuminating, it is undoubtedly the wealth of lavish illustrations which makes looking at these books a satisfying entertainment.' (The Art Book) 'The combination of intelligent analysis, personal insight, useful facts and plentiful pictures is a superb format invaluable for specialists but also interesting for casual readers, it makes these books a must for the library of anyone who cares about contemporary art.' (Time Out)

Dan Graham (b.1942) is one of the most influential of the American Conceptual artists who first emerged in the mid 1960s, part of a generation that included the Minimalists Carl Andre, Dan Flavin and Sol LeWitt, with whom he was closely associated during that period. While their work offered a critique of the gallery's white cube and the value of materials, Graham began to question the art system itself and decided to operate outside it. From 1965 to 1969 he produced a series of texts, such as Schema (1966), which he inserted into mass-market magazines. The periodical nature of magazine production and consumption was clearly related to the experience of time and change - a theme central to Graham's work ever since. In 1966-7 Graham also made a series of photographs showing details of suburban housing projects, new shopping precincts, truck depots and roadside diners, bearing the title Homes for America. Alongside the photographic images, Graham's texts deconstruct social architectural spaces in ways that were far ahead of their time. From 1969 to 1978 Graham worked primarily with performance, film and video, focusing, for example, on the synchronization of speech and breathing patterns between the artist and his audience. From 1974, with the installation/performance Present Continuous Past(s), Graham began to use two-way mirror walls in relation to real reflections and time-delayed video projections. These works evolved into the socially-based architectural projects such as open-air pavilions, including a Skateboard Pavilion in Stuttgart in 1989 and in the same year The Children's Pavilion (with Jeff Wall), and the Star of David Pavilion (Vienna, 1991-6). All of Graham's projects are democratically rooted in everyday urban life and activity - particularly children's play. His work is thus as valuable to architects and town planners as to the art community. During the 1990s he has been offered major public commissions throughout North America and Europe. In the Interview, London-based curator Mark Francis discusses with the artist how his public participation-based work has evolved. In the Survey, Brussels-based critic Birgit Pelzer draws on her extensive knowledge of Graham's work and writings. New York-based architectural theorist Beatriz Colomina focuses on Graham's Alteration to a Suburban House (1978). The artist has chosen an extract from the science fiction novel Ubik by Philip K Dick, whose writings were a formative influence. Writing has always been a major aspect of Graham's work. His Artist's Writings range from early pieces on Conceptual art, inserted in mass-market magazines, to writing on his fellow artists, to analyses of popular culture from Dean Martin to the post-Punk era.