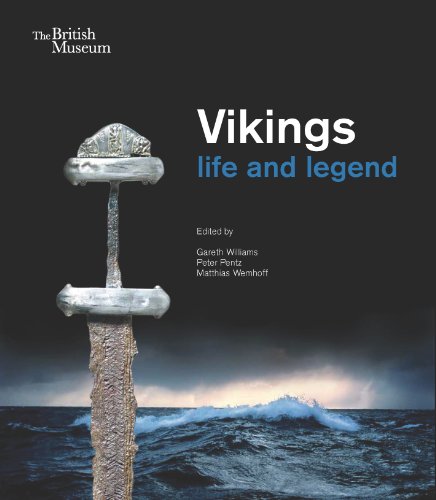 'An expansive and scholarly catalogue'
The Times
'The catalogue does indeed offer the Life and Legend the Truth, too and tells us with authority of myths, beliefs and rituals, death and burial, and something of the politics and commerce of the Vikings ephemeral empire'
Brian Sewell, The Evening Standard --http://www.standard.co.uk/goingout/exhibitions/vikings-life-and-legend-british-museum
'A beautiful, accessible book, with strong interpretive narration that will be enjoyed by Viking enthusiasts, medievalists, artists interested in material culture, and newcomers to the subject'
The Library Journal
'This sumptuous book is a fitting souvenir'
Eastern Daily Press

'This is a remarkable book, scholarly, authoritative and beautifully produced'

In the ninth and tenth centuries, the Vikings created an unrivalled cultural network that spanned four continents. Adventurers, farmers, traders, conquerors and sailors, the Vikings were both peaceful and fierce, fighting or bargaining their way through as far as Constantinople in the East, North America and Greenland in the North, the British Isles in the West as well as into the Mediterranean. Throughout their existence, the Vikings encountered a remarkable diversity of peoples and inhabited an expansive and changing world. This beautifully illustrated book explores the core period of the Viking Age from a global perspective, examining how the Vikings drew influences from Christian Europe and the Islamic World and how they created a lasting historical impact on our world today. Highlighting an extraordinary range of objects and featuring new discoveries by archaeologists and metal-detector users, the cultural connections between Europe, Byzantium and the Middle East are explored in absorbing detail. Vikings: life and legend is published to complement a major exhibition developed jointly by the British Museum, the National Museum of Denmark, Copenhagen and the Museum for Prehistory and Early History, Berlin.