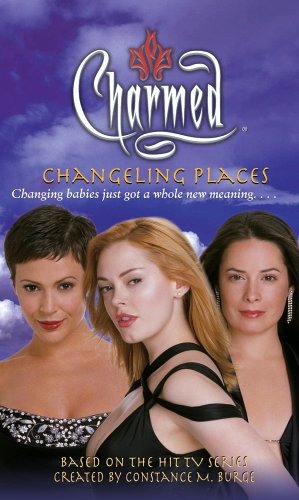 The Charmed Ones go into action to save their family, when babies all over town, including Wyatt, are switched for seemingly perfect replicas

ChangelingPlaces"Rock-a-bye baby, in the elf lair --Shapeshifters took you, pretending to care.If someone can save you, the Charmed Ones can --Rock-a-bye baby, don't leave again."Piper is trying to be her usual superwitch self and do it all -- run P3, take care of her newborn son, Wyatt, and, of course, save Innocents. Her first week back at work is hard -- leaving Wyatt at his day care center makes Piper feel like she's abandoning her son. At least Paige has taken a temp job there, and Wyatt seems perfectly content and safe.But is he? Piper notices that Wyatt's acting strange, not eating or sleeping according to his normal schedule. Phoebe thinks the baby is just going through a stage, but Piper is not convinced. Several of the center's other charges have been exhibiting the same behavior, and some parents are pulling their children from the center's care. After one toddler asks Paige, "Did they take them because they're the wrong babies?" the sisters discover that someone's swapping babies all over San Francisco. The Charmed Ones spring into action, because not only is Wyatt the most magical being on the planet, but he's also a Halliwell...and "nobody" messes with the Halliwells!