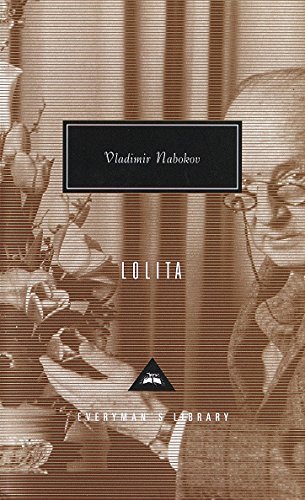 "The only convincing love story of our century." --Vanity Fair

"Lolita blazes with a perversity of a most original kind. For Mr. Nabokov has distilled from his shocking material hundred-proof intellectual farce...Lolita seems an assertion of the power of the comic spirit to wrest delight and truth from the most outlandish materials. It is one of the funniest serious novels I have ever read; and the vision of its abominable hero, who never deludes or excuses himself, brings into grotesque relief the cant, the vulgarity, and the hypocritical conventions that pervade the human comedy." --Atlantic Monthly "Intensely lyrical and wildly funny." --Time "The conjunction of a sense of humor with a sense of horror [results in] satire of a very special kind, in which vice or folly is regarded not so much with scorn as with profound dismay and a measure of tragic sympathy...The reciprocal flow of irony gives to both the characters and their surroundings the peculiar intensity of significance that attends the highest art." --The New Yorker "Lolita is an authentic work of art which compels our immediate response and serious reflection-a revealing and indispensable comedy of horrors." --San Francisco Chronicle Reseńa del editor:

Awe and exhilaration–along with heartbreak and mordant wit–abound in this account of the aging Humbert Humbert's obsessive, devouring, and doomed passion for the nymphet Dolores Haze. Lolita is also the story of a hypercivilized European colliding with the cheerful barbarism of postwar America, but most of all, it is a meditation on love–love as outrage and hallucination, madness and transformation. With an introduction by Martin Amis.