Verwandte Artikel zu On Development: The Biology of Form: 2 (Commonwealth...

On Development: The Biology of Form: 2 (Commonwealth Fund Publications) 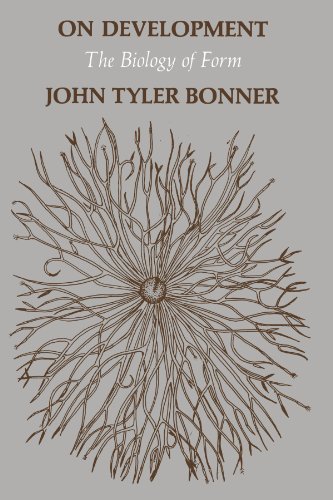 The Biology of Form

On Development is, as John Tyler Bonner says, "a book on ideas," the ideas at stake in the contest to unravel the mechanisms of life. This fluent discussion of developmental biology synthesizes decades of intensive progress in specialized areas of the science: from the dramatic deciphering of the genetic code to detailed analyses of animal behavior patterns. Placing these discoveries in an evolutionary context, Bonner explores the continuities and the transitoriness of individual lives and individual forms. He begins by discussing the ubiquity among organisms of developmental cycles and their universal properties, including senescence and death. He argues that the life cycle itself is an object of natural selection and shows how, in any species, it reflects the evolutionary tradeoff between energy requirements of the individual and reproductive efficiency of the species. Although nucleic acids are thought to be the ultimate and fundamental source of genetic regulation, Bonner points out that a massive amount of information required for normal development is not directly controlled by nuclear DNA during the life cycle. Each life cycle is governed by some immediate instructions from the genes and by many gene-initiated instructions that were given in previous life cycles and have accumulated in various parts of the fertilized egg. All of these instructions taken together govern the development of a new organism. Acknowledging the great value of reductionist theories in biology, Bonner constructs his synthetic view of development without resorting to vitalist concepts or to hand-waving explanations. He draws examples and evidence from more than half a century of biological research, from sources as diverse as Spemann and Spiegelman. Certain organisms, such as the cellular slime molds, upon which Bonner himself has conducted a number of original experiments, and the social insects provide crucial examples of dramatic evolutionary increments in biological complexity and offer insight into the control mechanisms that make such advances possible.

'On Development is designed as a very general book about developmental biology...The author has a broad understanding of general biology, and a detailed knowledge of developmental biology. He writes both clearly and elegantly, so that his book cannot to fail to instruct and please...Development is considered very thoughtfully, as are all of the subsidiary subjects treated. This is a book that will inform and stimulate not only students, but also old hands at the all-inclusive subjects covered.'

Buchbeschreibung 03. Zustand: Wie neu. 3. Nachdruck 1978. 282 S., 58 Abb., kart., 23 x 14,5 cm The first part presents an evolutionary view of development, follows what Bonner calls a macro-approach. It asks why development occurs, and how it arose, and how it related to other aspects of life. The second portion of the book seeks for microexplanat Sprache: Deutsch. Artikel-Nr. 17201