Verwandte Artikel zu Hood Girlz: "Only the strong will survive the struggle&#...

Sallier, Chyna Hood Girlz: "Only the strong will survive the struggle"

Hood Girlz: "Only the strong will survive the struggle" 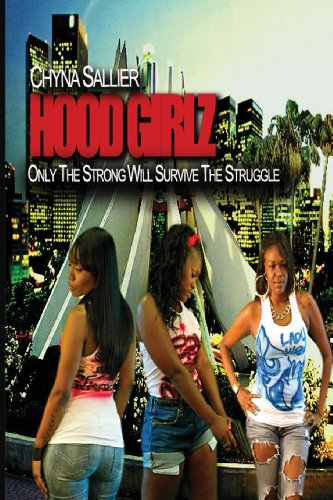 Growing up in Compton, raised by a single mother and no father, Desti'ne became familiar with struggling at a very young age. As a teen she and her closest friends grew to understand that MONEY is absolutely necessary for survival. By any and all means, Money is a must. But more than they realize,money is the line between LOYALTY and BETRAYAL. Racing through life and jumping over every obstacle in her path due to her ability to use her "STREETS SMARTS" to get by, while at the same time gaining knowledge to make herself a better person and give herself a better life.

Chyna Sallier established October 19, 1979. Born and raised in Compton, California. She is the CEO of Queen C's Publishing and the Publisher/Author of her urban short story "Hood Girlz.” As a teenager, Chyna discovered her God gifted talent in writing; it started from her writing her feelings on note pads, which led to writing raps and poems. Now she is Writing and Publishing books, she is creating Real Urban/Erotic Street Novels, Short Stories, and Poems. She has no intentions on stopping at "Hood Girlz” Her love for Literature has driven her to persevere through life's challenges and meet her goal of writing and Publishing a multitude of artistic expressions. As a devoted wife, loving mother, author, entrepreneur, and student, she manages to wear all hats successfully. Chyna is a strong Black Woman that loves to empower and encourage women through her positive influences. She is a role model for our youth living the lifestyles that she writes about, she encourages youth in the hood not to settle for less. One of her philosophies is that; even though you go through struggles in life, do not give up; push to be your best in anything you put your mind to.