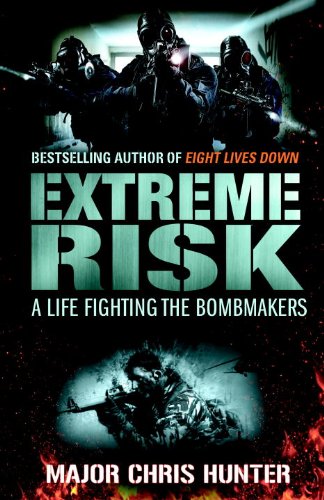 "A beautifully descriptive fly-on-the-wall look at the daily work of the EOD men... For those with a fascination with international terrorism and the deadly IEDs that have become its weapon of choice, this book will offer a unique insight." ---"Independent ""Gets underneath the skin of the terrorists and, like the bombs he made safe, gets to the heart of what makes them tick." "--News of the World " "From the Hardcover edition."

In this edgy, fast-paced and incredibly moving account, Chris Hunter chronicles the remarkable journey of a teenager with few hopes and limited prospects who went on to become one of the most successful counter-terrorism operators in Britain. Hunter depicts his grueling officer training at Sandhurst, and afterwards as a young troop commander in Bosnia. He describes how, as a bomb disposal operator in Northern Ireland and Iraq, he witnessed horrendous acts of terrorism and recounts the methods he employed to outsmart the terrorists who repeatedly tried to target him. Hunter takes us to some of the most perilous places on earth as he and his team relentlessly attempt to track down the world's leading terrorists and disrupt their networks. A journey that takes us from the battlefields of Iraq and Afghanistan to the murky back-streets of Colombia and Israel. Whether he's protecting members of the Royal Family, responding to the 2005 London suicide bombings or trying to foil Al Qaeda bomb plots, he provides a fascinating, no-holds-barred insight into a fascinating world that has rarely been documented by somebody on the inside. By turns gritty, absorbing, and heart-breaking, this is the portrait of a man prepared to sacrifice everything for his country, but to concede nothing to the terrorists.