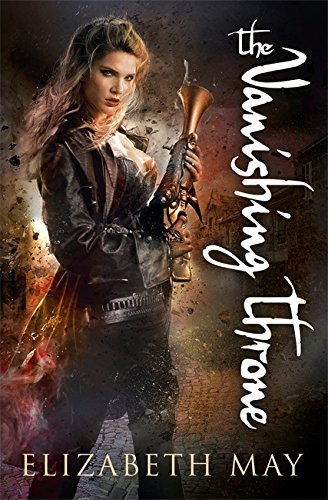 Although the story is yet to be finished at the book's conclusion, the ending...sets things up nicely for the trilogy's final chapter where the ultimate fate of two worlds will be decided. 8/10 (Starburst)

My name is Lady Aileana Kameron.

First the fae murdered my mother. Then they destroyed my world.

Aileana took a stand against the Wild Hunt, and she lost everything: her home, her family and her friends. Held captive by her enemy, and tormenting herself over her failure, escape seems like only the faintest possibility. But when she gets her chance, she seizes it . . . to rejoin a world devastated by war.

The future is bleak. Hunted by the fae, running for her life, Aileana has only a few options left. Trying to become part of a society scarred by - and hiding from - the Wild Hunt; trusting that a fragile alliance with the fae will save her; or walking the most dangerous path at all: coming in to her own powers as the last of the Falconers . . .