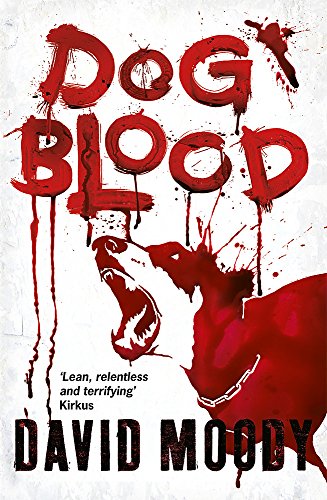 The world has suffered a catastrophe of unknown cause, dividing humankind into two: the Haters and the Unchanged. Each group believes the other to be the enemy; each group is fighting for survival. Only by working together can the enemy - whoever that enemy is - be defeated. There are no other choices.

Danny McCoyne has managed to break free, and after days of indiscriminate fighting and killing, he is determined to make his way home, to recalim the only thing of any value to him in this strange new world: his daughter Ellis. Unlike his wife and son, Ellis is like him, and he knows, in his heart of hearts, that she is not dead. His dearest wish is for Ellis to be fighting for the world at his side - but Danny soon discovers his daughter is worth far more than just another fighting body. Others like him have discovered that children are absolutely vital to the cause. They are strong, small, fast, and they have no inhibitions. They are pure Haters . . .

David Moody was born in 1970 and grew up in Birmingham on a diet of trashy horror and pulp science fiction books and movies. He worked for a number of financial institutions before giving up the day job to write about the end of the world for a living. He has written a number of horror novels, including AUTUMN, which has been downloaded more than half a million times since publication in 2001. Moody lives in the Midlands with his wife and a houseful of daughters and stepdaughters, which may explain his pre-occupation with Armageddon.