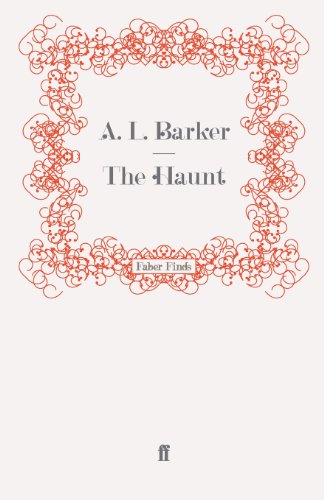 Set on the tip of Cornwall, The Belle Chasse is a seedy, dishevelled and decaying hotel but, like the area in which it is built, with the germ of the legendary Cornish great forest at its heart, The Belle Chase is a place that welcomes those with longings, with their own deep-rooted incommunicable fears. There is the elderly couple who have just moved to the country, there to find solace but in fact discovering love of a different kind; the child who is odd and needs a friend; the lone painter whose wife has left him.

With her precise, pithy use of language and clear sense of judgement, A. L. Barker has written a wholly original novel which picks up a clutch of characters and slowly reveals the very eccentricities that drive them.

A. L. Barker (1918-2002) was a short story writer and novelist. Born in St Paul's Cray, Kent, she lived in the same milieu where London borders on Kent and Surrey, for the rest of her life. As her Oxford DNB entry says it was 'the chief setting for her work, which often seemed to partake of the quotidian mysteriousness and even abandonment of these areas.'Her first selection of short stories, Innocents, won the Somerset Maugham award in 1947. Of her short stories, Robert Nye has written, 'stories as carefully composed as poems, quiet and delicate and reserved perhaps, but oddly lingering in the mind.'Although a stranger to commercial success, she never wanted for admirers, Jane Gardam, Francis King, Auberon Waugh, Evelyn Waugh, Rebecca West, John Sutherland, Deborah Moggach, Ronald Blythe, Susan Hill, A. S. Byatt, Adam Mars-Jones, Nina Bawden and Victoria Glendinning being just some of them.A. L. Barker deserves to be better known. Faber Finds is proud to be reissuing her entire oeuvre, six volumes of short stories - Innocents, Novelette with Other Stories, Femina Real, Life Stories, No Words of Love and Element of Doubt - and thirteen novels - Apology for a Hero, A Case Examined, The Joy-Ride and After, Lost Upon the Roundabouts, The Middling, John Brown's Body, Source of Embarrassment, A Heavy Feather, Relative Successes, The Gooseboy, The Woman Who Talked to Herself, Zeph and The Haunt.