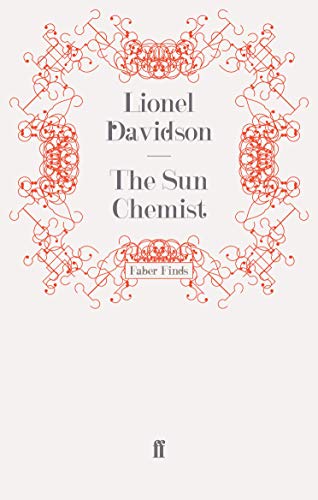 'Beyond question the book of the year.' Spectator

Chaim Weizmann was a great man, one of the founders of modern Israel. He was also a chemist of international repute. His work in the thirties led him to a cheap way of synthesising oil. But politics took over and it seemed Weizmann had died without passing on his revolutionary knowledge.

In the oil-starved seventies, it falls to Igor Druyanov to reconstruct that magic formula. And the chase is on, for the news will overturn the Middle East . . .

Tense, intelligent and stylish, The Sun Chemist is gripping spy thriller from a true master of the genre.

Lionel Davidson was born in 1922 in Hull, Yorkshire. He left school early and worked as a reporter before serving in the Royal Navy during World War II. His first novel, The Night of Wenceslas, was published in 1960 to great critical acclaim and drew comparisons to Graham Greene and John le Carre. It was followed by The Rose of Tibet (1962), A Long Way to Shiloh (1966) and The Chelsea Murders (1978). He has thrice been the recipient of the Crime Writers' Association Gold Dagger Award and, in 2001, was awarded the CWA's Cartier Diamond Dagger lifetime achievement award.