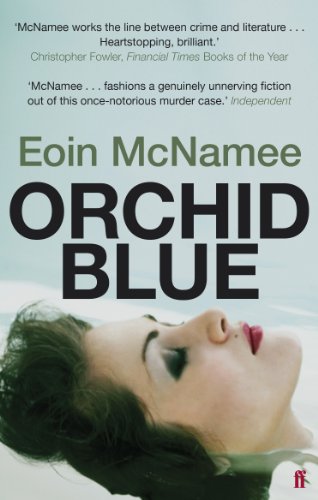 Alongside Peace and DeLillo, the noir influence of James Ellroy is also discernible in this haunting novel s elegant, fateful, inexorable progress ... McNamee is a magnificent writer, and Orchid Blue may be his finest novel yet. --Declan Hughes, Irish Times

Terrific ... balances fine prose and compulsive plot in a way few writers can manage. --Stuart Neville, author of The Twelve and Collusion

'A formidable achievement, and a book you won't put down in a hurry.' --Irish Times

Terrific ... balances fine prose and compulsive plot in a way few writers can manage. --Stuart Neville, author of The Twelve and Collusion

January 1961, and the beaten, stabbed and strangled body of a nineteen year old Pearl Gambol is discovered, after a dance the previous night at the Newry Orange Hall. Returning from London to investigate the case, Detective Eddie McCrink soon suspects that their may be people wielding influence over affairs, and that the accused, the enigmatic Robert McGladdery, may struggle to get a fair hearing. Presiding over the case is Lord Justice Curran, a man who nine years previously had found his own family in the news, following the murder of his nineteen year old daughter, Patricia. In a spectacular return to the territory of his acclaimed, Booker longlisted The Blue Tango, Eoin McNamee's new novel explores and dissects this notorious murder case which led to the final hanging on Northern Irish soil.