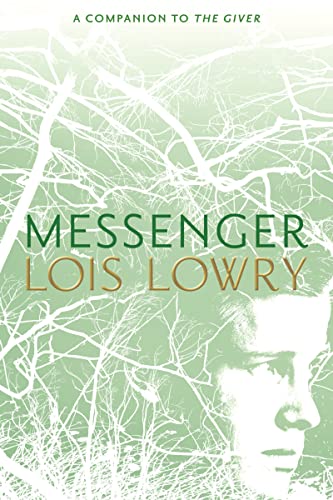 "Lowry masterfully presents another thought-provoking, haunting tale in this third novel, a companion to The Giver and Gathering Blue." Publishers Weekly, Starred

"Lowry moves far beyond message, writing with a beautiful simplicity rooted in political fable, in warm domestic detail, and in a wild natural world, just on the edge of realism." Booklist, ALA, Starred Review "Told in simple, evocative prose, this companion to The Giver (1993) and Gathering Blue (2000) can stand on its own as a powerful tale of great beauty." Kirkus Reviews, Starred Reseńa del editor:

Strange changes are taking place in Village. Once a utopian community that prided itself on its welcome to new strangers, Village will soon be closed to all outsiders. As one of the few people able to travel through the dangerous Forest, Matty must deliver the message of Village’s closing and try to convince Seer’s daughter to return with him before it’s too late. But Forest has become hostile to Matty as well, and he must risk everything to fight his way through it, armed only with an emerging power he cannot yet explain or understand.