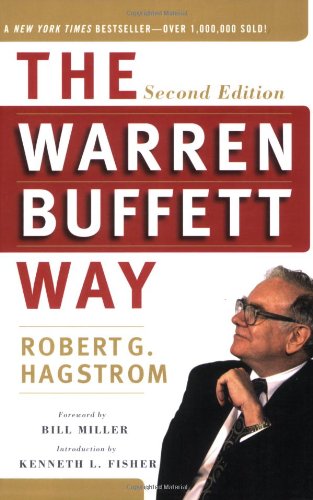 Buffett is back ...and better than before! A decade has passed since the book that introduced the world to Warren Buffett ---- The Warren Buffett Way by Robert Hagstrom ---- first appeared. That groundbreaking book spent 21 weeks on the New York Times Hardcover Nonfiction Bestseller list and sold over 1 million copies. Since then, Warren Buffett has solidified his reputation as the greatest investor of all time ---- becoming even richer and more successful, despite the wild fluctuation of the markets. How does this value investing legend continue to do it? That's where Robert Hagstrom and the Second Edition of The Warren Buffet Way come in. This edition is a completely revised and updated look at the Oracle of Omaha ---- comprising Buffett's numerous investments and accomplishments over the past ten years, as well as the timeless and highly successful investment strategies and techniques he has always used to come out a market winner. This edition is especially accessible as Buffett's basic tenets of investing are presented and illuminated with relevant and up to date examples. Order your copy today!

"Nobody has described what Buffett practices better than Hagstrom."
?Time

"Simply the most important new stock book. . . . If you think you know all about Warren Buffett, you have a lot to learn from this book."
?Forbes

"It's first rate. Buffett gets a lot of attention for what he preaches, but nobody has described what he practices better than Hagstrom. Here is the lowdown on every major stock he ever bought

and why he bought it. Fascinating."
?Fortune

"Almost anybody curious about the relationship between the behavior of economics, the performance of firms, and the ups and downs of the stock market will find something of interest here."
?The Economist

"The Warren Buffett Way is accessible to average readers because Mr. Hagstrom reduces the billionaire's techniques to some easily understandable tenets . . . the book demonstrates the rewards that can come down the road."
?The Dallas Morning News