Oppenheimer, J: Madoff with the Money 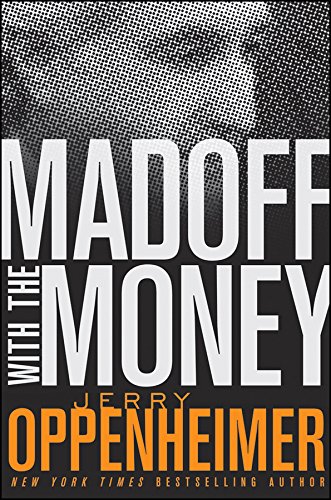 An intriguing look at Bernie Madoff the man, and his scam Madoff with the Money is a deeply disturbing portrait of Bernie Madoff based on dozens of exclusive, news-making interviews. From the values Madoff was taught growing up in the working class town of Laurelton, Queens to his high-life on Wall Street and the super-rich enclaves of Palm Beach and the French Riviera, bestselling author Jerry Oppenheimer follows the disgraced money manager's trail as he works his way up the social and economic ladder, and eventually scams his trusting clients in a $50 billion Ponzi scheme. Through Oppenheimer's in-depth reporting, you'll discover new revelations in this startling case, and become familiar with the trusting victims-ranging from non-profit Jewish charities to the likes of seemingly sophisticated individuals such as actress Jane Fonda who would "like to shake Madoff until his teeth fall out," the scion of the Baskin-Robbins ice cream empire who lost a bundle and was forced to rent out rooms in his house, and New Jersey Senator Frank Lautenberg. There's even Madoff's own sister-in-law and talk show host Larry King, who apparently didn't ask the right questions when he invested. All lost their much-needed life savings, while others saw fortunes small and large evaporate in the greedy financial operations of one of history's all-time charlatans. Madoff With the Money Delves into the details of the illusive man that lost investors billions Weaves stories of Madoff's past with those of the present in an engaging and accessible style Explores how the financial scam that Madoff ran cost individuals and institutions billions of dollars Other titles by Oppenheimer: Toy Monster: The Big, Bad World of Mattel, and Just Desserts: Martha Stewart the Unauthorized Biography While there may be other books on the Bernie Madoff debacle, none digs as deep or goes as far to uncover the truth behind the man, and his incredible scam.