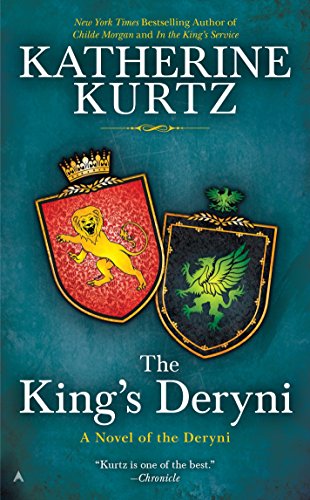 Praise for Katherine Kurtz and the Novels of the Deryni

"Kurtz is one of the best of those fantasy writers who use medieval-like settings for their novels."--Chronicle "Exquisitely detailed...Will keep fans turning the pages."--Publishers Weekly "A subtle novel, relying on well-written characters and intrigue."--Rambles.NET "Kurtz's fidelity to the customs and mores of medieval Europe gives a richness of detail to her alternate medieval world."--Library Journal "Kurtz practically invented alternate-world fantasy with her tales of the magically gifted Deryni."--Weekly Press (Philadelphia) Reseþa del editor:

Alaric Morgan has one clear purpose in life—to stand alongside the King of Gwynedd. The old king knew that his successor would benefit from having a Deryni at his side, so Alaric and the young Prince Brion Haldane were bound together by magic—a magic to be called upon when Brion was most in need.

Now that eighteen-year-old Brion has ascended to the throne, seven-year-old Alaric has come to court. Through the coming years, as Alaric learns the extent of his powers and faces the ugliest prejudices against the Deryni, he will experience love, loss, and the hard lessons gained from both. And he will be there to unleash the full power of his Deryni magic at Brion’s command.