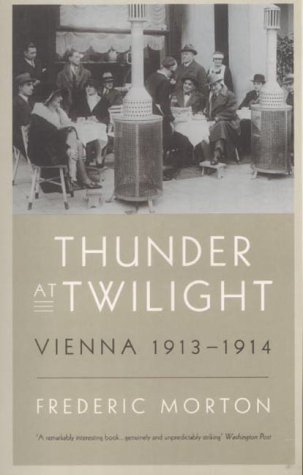 What do Stalin, Trotsky, Hitler, Tito, Freud, the Emperor Franz Joseph and the Archduke Franz Ferdinand have in common? They were all in Vienna during the carnival of 1913, living within a square mile of each other. Here, in this laboratory of cultural, social and political experiment, some of the key figures of the 20th century met and collided: Stalin on a mission for the revolution, Trotsky publishing the first edition of Pravda - and establishing a feud with Lenin in nearby Hapsburg; Hitler, still just a failed artist, spouting tirades at fellow drifters in the flophouse; Tito, a car mechanic, taking dancing and fencing lessons; and Freud, completing an essay he would use in his duel with Jung. He called it Totem and Taboo, and it dealt with the myth - ancient and prophetic - of the slaying of a prince by the crowd. As, just 20 months later, the bullet that killed the Archduke would set off the war that killed 10 million more. The author explores the coincidence and seedbed of disaster, in a perspective that includes a mercurial Churchill, the posturings of Kaiser Wilhelm and the waverings of Tsar Nicholas.