Verwandte Artikel zu Worlds Together, Worlds Apart: A History of the World:...

Worlds Together, Worlds Apart: A History of the World: v. 1 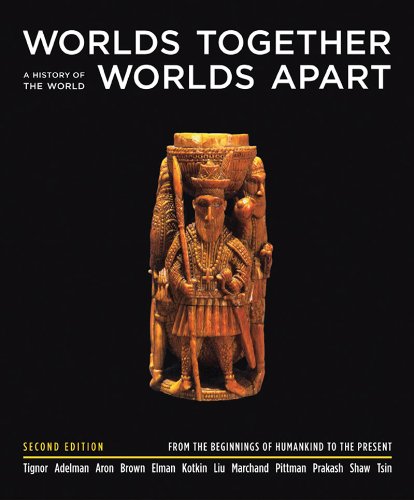 True to its title, this uniquely integrated text highlights the stories and themes in world history that tied cultures and regions together, and in some cases drove them apart. In this second edition, the book's non-Eurocentric approach continues with the expansion of the original eleven world history "turning point" stories from the modern period to include ten "turning point" stories from the earlier periods of world history. From the world's first cities built on the great rivers of Afro-Eurasia, to the formation of the Silk Road, to the rise of nation-states and the story of modern globalisation, "Worlds Together, Worlds Apart" provides students with the stories that changed history and enables them to make the connections they need in order to understand how the world came to be what it is today.