Verwandte Artikel zu The Great Equations: Breakthroughs in Science from...

Crease, Robert P. The Great Equations: Breakthroughs in Science from Pythagoras to Heisenberg

The Great Equations: Breakthroughs in Science from Pythagoras to Heisenberg 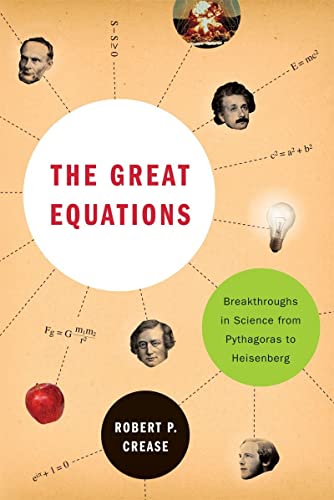 "More than just a celebration of the great equations ... [Crease] shows how an equation not only affects science and math but also transforms the thinking of all people." -- Dick Teresi "Wry, probing, philosophically inclined." -- Charles C. Mann, author of 1491: New Revelations of the Americas Before Columbus

While we may be familiar with some of science's greatest equations, we may not know that each and every equation emerged not in "Eureka!" moments but in years of cultural developments and scientific knowledge. With vignettes full of humor, drama, and eccentricity, philosopher and science historian Robert P. Crease shares the stories behind ten of history's greatest equations, from the "first equation," 1 + 1 = 2, which promises a rational, well-ordered world, to Heisenberg's uncertainty principle, which reveals the limitations of human knowledge. For every equation, Crease provides a brief account of who discovered it, what dissatisfactions lay behind its discovery, and what the equation says about the nature of our world.