Verwandte Artikel zu A Crown for Cold Silver: Book One of the Crimson Empire

Marshall, Alex A Crown for Cold Silver: Book One of the Crimson Empire

A Crown for Cold Silver: Book One of the Crimson Empire 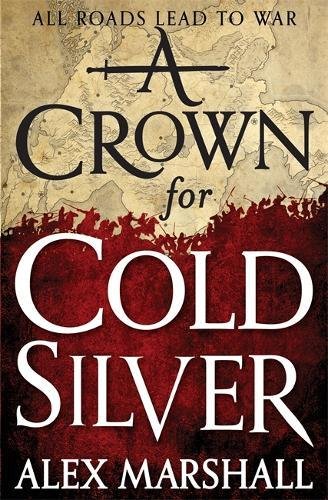 A Crown for Cold Silver drags epic fantasy through the mud - but it does so with wit, wonder and wisdom. (NPR)

This is my favorite kind of fantasy - alternately irreverent and brutal, with a cast of wonderfully scarred and nasty people. Any fans of Steven Erikson, Mark Lawrence, or Joe Abercrombie will love A Crown for Cold Silver; I've just finished it, and I'm already eager for more. (Django Wexler)

This is a full-on, devil-summoning, pipe-smoking, dagger-wielding brutal quest fantasy...A Crown For Cold Silver's world is a joy to fall into...gripping, and will suit any quest-lover looking for a new addiction. (SciFiNow)

An epic fantasy that will surprise you. When was the last time you read one of those? Marshall deftly sets up and subverts expectations at every turn. If you think you know what's coming, think again (Kameron Hurley, Hugo-winning author of THE MIRROR EMPIRE)

A sprawling world that grows larger and deeper with every page. Instantly believable. Zosia and her Five Villains are as fun as they are twisted. (David Dalglish, author of epic fantasy A DANCE OF CLOAKS)

This lusty debut will have you gasping in one breath and laughing in the next with its cast of multicultural characters, gender-bending soldiers, same-sex coupled kings and warrior women of all ages who throw themselves into the fray. By the latter half of the novel, you realize Marshall is playing a long, glorious game

It was all going so nicely, right up until the massacre...

When there were no more titles to win and no more worlds to conquer, the warrior queen Zosia faked her demise and gave up her legend to history. But when violence arrives at her door years later, she must round up the Five Villains - her once loyal adventuring companions, surprised beyond measure to see her alive - and set out for revenge.

Time has been kind to none of her old friends, and some Villains have only their own goals in mind. Not only that, but there's a young, beautiful and skilled general out there, gathering soldiers to her banner to lead into battle against the deadliest of foes.

The girl is using a legend she did not earn, and calling herself by a name that was never hers - that of Zosia herself.

1. A Crown for Cold Silver: Book One of the Crimson Empire