Larke, Glenda The Lascar's Dagger: Book 1 of The Forsaken Lands

The Lascar's Dagger: Book 1 of The Forsaken Lands 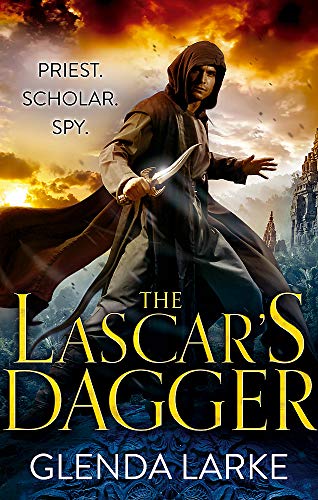 Outstanding all the way to the last word (Elizabeth Moon)

FAITH WILL NOT SAVE HIM.

Saker looks like a simple priest, but in truth he's a spy for the head of his faith. It's a dangerous job, and more lives than merely his own depend on his secrecy.

When Saker is wounded by a Lascar sailor's blade the weapon seems to follow him home. Unable to discard it, nor the sense of responsibility that comes with it, Saker can only follow its lead.

It will put him on a journey to strange shores, on a path that will reveal terrible secrets about the empire, about the people he serves, and likely lead to his own destruction. The Lascar's dagger demands a price, and that price will be paid in blood.