The Lovers: A Charlie Parker Thriller: 8 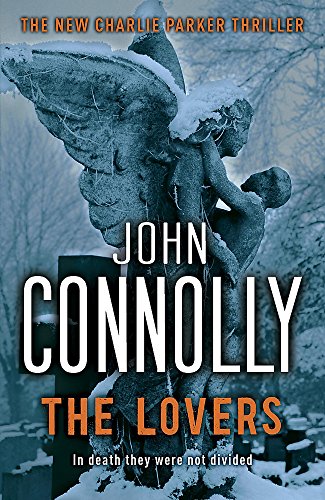 'More restrained and reflective ... but no less powerful' -- Marcel Berlins, Sunday Times 'As ever with Connolly, the macabre narrative is couched in prose that is often allusive and poetic.' -- Barry Forshaw, Independent 'Visionary brand of neo-noir ... terrifically exciting, tightly plotted ... written in an uncommonly fine, supple, sensuous prose.' -- Irish Times 'Tremendous stuff, as Connolly's novels always are.' -- Mark Timlin, Independent on Sunday 'His latest plot is a clever mixture of quest and chase, written in prose that unfolds at warp speed, and rarely fails to sing.' -- Observer 20090607 'A tightly plotted, beautifully constructed novel where John Connolly exhibits his considerable skills.' -- crimesquad 20090607 'You may think at times you are reading a literary novel but then Connolly will remind you he's just as adept at the violent strategies of the thriller. Either way you will be left shaken by the experience.' -- Daily Express 20090607 'His usual intriguing blend of fast-paced crime fiction and fantasy.' -- Independent 20090607 'A strange, compelling mixture of genuinely scary gothic horror, humour and hard-nosed crime, The Lovers is among his best. Best read by torchlight in a broken-down car, right at the end of a forest track. During a storm.' -- Herald 20090607 'Superbly written ... another excellent entry in the Charlie Parker series and can be easily read as a stand-alone' 4 stars -- RTE Guide 20090607

When Charlie Parker was still a boy, his father, a NYPD cop, killed a young couple, a boy and a girl barely older than his son, then took his own life. There was no explanation for his actions. Now Parker is working on his most personal case yet: an investigation into his own origins and the circumstances surrounding the death of his father. The investigation will reveal a life haunted by lies, by secrets kept and loyalties compromised. And by two figures in the shadows, a man and a woman, with only one purpose: to bring an end to Charlie Parker's existence ...