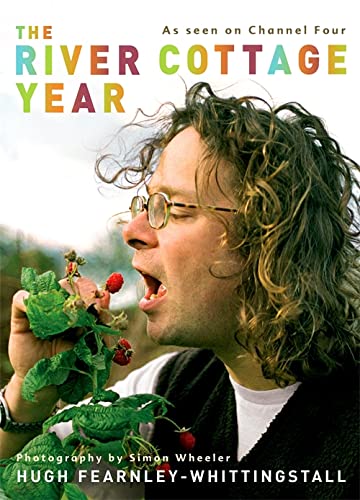 Ripe and magnificent . . . a good and beautiful book * Guardian * Some lip-smackingly delicious recipes . . . guaranteed to bring out the country girl or boy in you * Heat * A tonic for jaded cooks and an utter delight for lovers of real English food * Daily Telegraph *

In this new book, the follow-up to his bestselling River Cottage Cookbook, Hugh writes about the year on his Dorset smallholding. He recalls, month by month, the highs and lows of past years, and anticipates the 12 months ahead - what'll be in season when, and when'll be the best months to crack on with such tasks as chick rearing and sheep shearing, haymaking and hedge laying. But, for all its outdoorsy information, the real focus of THE RIVER COTTAGE YEAR is indoors - at Hugh's kitchen table. With over 100 brand new recipes, this is above all a cookery book and for once a genuinely seasonal one, celebrating local seasonal produce at its very best - chestnuts in January, artichokes in March, rhubarb in April, asparagus in May, strawberries in June, blackcurrants in July, tomatoes in August, plums in September, apples in October, pumpkins in November and parsnips in December... Full of his hard-earned smallholder's wisdom, seasoned with his infectious good humour, THE RIVER COTTAGE YEAR is Hugh's rallying cry for us to reclaim the seasons.