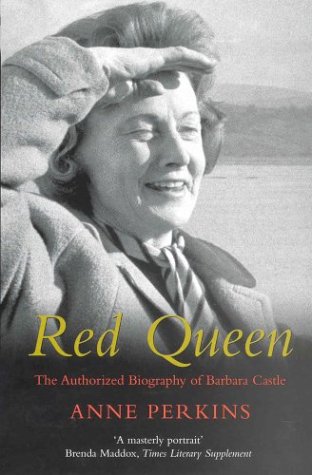 Until the arrival on the political stage of Lady Thatcher, Castle was the most charismatic, the most successful and the most controversial woman in the British political arena. Everyone had an opinion about her, whether they thought she was a dangerous subversive or a national heroine, and she was widely expected to be Britain's first woman prime minister. However her radicalism, her flamboyant style and ultimately perhaps her gender caught up with her and she was frozen out. Since her death at the age of ninety-one, she has been rightly regarded as a woman who could have achieved even greater power, had the boys' club cabal running the Labour Party not prevented her from doing so. Her uncompromising commitment to Labour's traditional values was, until the very end, a sharp contrast to the government of Tony Blair and New Labour. `Excellent' Michael Foot, Guardian 'Perkins has avoided the obvious traps of her privileged position as authorized biographer. She has an elegant style and a deliberately understated use of irony' Spectator `Anne Perkins, in her first-rate life of Barbara Castle, has provided us with a squirrel's store of things we didn't know ... [Castle] has now, under the deft, light touch of an understanding, elegant biographer, a book worthy of [her] strenuous, valiant life' Independent

A Labour activist from her childhood, Barbara Castle rose from a junior position to the inner cabinet in Harold Wilson's administration in less than five years. This biography is an inside account of what it was like for a woman in 20th century British politics and public life.