The Lascar's Dagger: 1 (The Forsaken Lands) 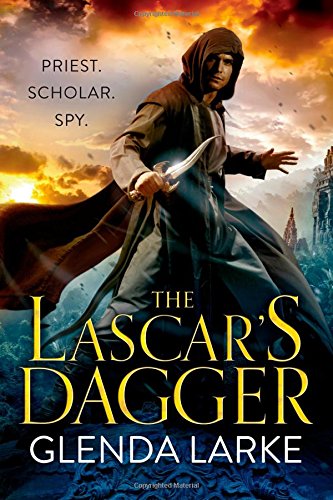 "The Lascar's Dagger is a brilliant, complex, entertaining start to a new series, with deeply-considered cultures and characters, a plot that grabs hold and doesn't let go, exotic settings, and mysterious powers apparently determined to change the fate of anyone who comes near them. Outstanding all the way to the last word...which left me panting for more. Glenda Larke tops my chart."--Elizabeth Moon, New York Times bestselling author

"If it's breathtaking adventure, exotic world-building and fabulous characters and their dilemmas you're after, then Glenda Larke is the author you want. The Lascar's Dagger is the start of another wonderful fantasy series."--Karen Miller

"Magic, religion, and the spice trade combine in this intriguing series launch... This is an absorbing political fantasy that bodes well for the rest of the series."--Publishers Weekly on The Lascar's Dagger

"If you are looking for a new epic fantasy series that will engage, entertain (and maybe even enthrall you) in equal measures, then Larke's your author and The Forsaken Lands is your series."--Civilian Reader

After he is wounded by a Lascar sailor's blade, priest and spy for the head of his faith, Saker, unable to discard the weapon, which follows him at every turn, follows its lead to strange shores where he discovers the terrible truth about the empire and the people he serves. 25,000 first printing.