The World of Robert Jordan's the Wheel of Time 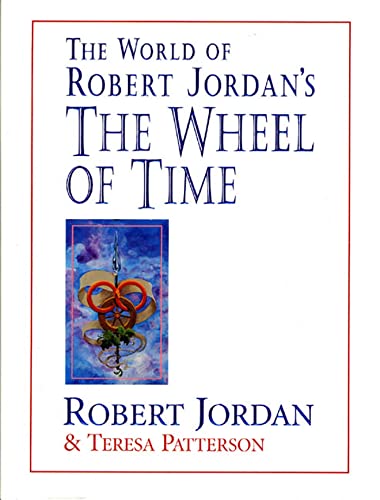 The ultimate resource for fans of Robert Jordan contains information about every aspect of the world of The Wheel of Time, including maps, paintings, history, the covers of the first seven books, and much more. Reissue.

Robert Jordan was born in 1948 in Charleston, South Carolina. He taught himself to read when he was four with the incidental aid of a twelve-years-older brother, and was tackling Mark Twain and Jules Verne by five. He is a graduate of The Citadel, the Military College of South Carolina, with a degree in physics. He served two tours in Vietnam with the U.S. Army; among his decorations are the Distinguished Flying Cross with bronze oak leaf cluster, the Bronze Star with "V" and bronze oak leaf cluster, and two Vietnamese Gallantry Crosses with palm. A history buff, he has also written dance and theater criticism and enjoyed the outdoor sports of hunting, fishing, and sailing, and the indoor sports of poker, chess, pool, and pipe collecting.
Robert Jordan began writing in 1977 and went on to write The Wheel of Time®, one of the most important and best selling series in the history of fantasy publishing with over 14 million copies sold in North America, and countless more sold abroad.
Robert Jordan died on September 16, 2007, after a courageous battle with the rare blood disease amyloidosis.

Teresa Patterson is the author of The World of Shannara with Terry Brooks. She lives in Fort Worth, Texas.

1. The World of Robert Jordan's The Wheel of Time

2. The World of Robert Jordan's The Wheel of Time